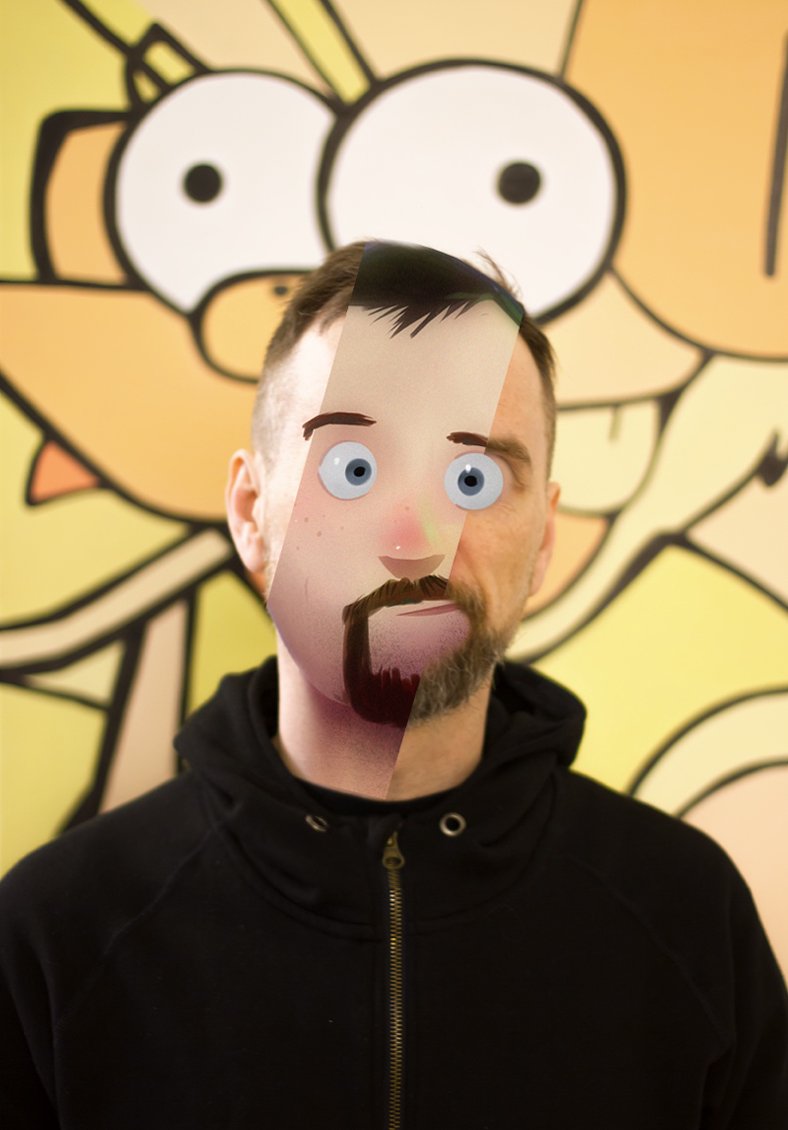 Once upon a time there was boy who loved the art. And all that he wanted was to become an artist himself one day. He did not know how and where to begin but he was determined to find out. His interests led him on a journey to the visual worlds of animation and film-making After he finished his studies on a film school he soon would bring the virtual characters of Marvel, Harry Potter or Distirct9 to life and work for renowned Hollywood productions. But just like a miracle his way didn’t seem to stop there and eventually brought him back to where he began. Today he lives in Munich with his family and his five-legged cat called ROKA….

Inspired by street artist like Kaws, Banksy and pop artists like Roy Lichtenstein, Andy Warhol and cubism artists like Pablo Picasso he soon developed his own style by merging his design and animation skills of film work into his artwork. Combining traditional painting technique with digital art and graffiti style his creative style envolves in new directions. Roka and Kubor.

ROKA
One for all
Minimalist and in the simplest way the diversity of our humanity, society and different cultures is shown. Simple forms and colors represent the complex relationship structures and forms. We are all different and yet the same / one. Everything we need and what makes us unique in its pure form, everything merges in an eye-opener, in a whole. Beginning and end, birth and death. The simplest forms show the complexity of the world.

Page load link
Manage Cookie Consent
To provide the best experiences, we use technologies like cookies to store and/or access device information. Consenting to these technologies will allow us to process data such as browsing behavior or unique IDs on this site. Not consenting or withdrawing consent, may adversely affect certain features and functions.
Manage options Manage services Manage vendors Read more about these purposes
View preferences
{title} {title} {title}
Go to Top